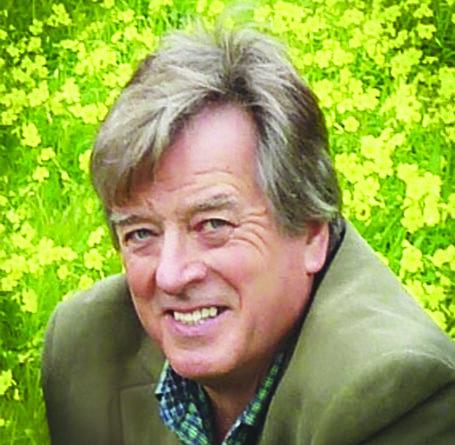 Getting the measure of mycotoxins is no easy task especially for cereal crop commodities which are used as feed grain and as a key component of finished livestock feed. Many field fungal pathogens and storage moulds synthesise mycotoxins. Each group of fungi, including the aflatoxin-producing Aspergillus moulds or the large number of Fusarium fungal pathogens delivering a broadside of Deoxynivalenol (DON), Zearalenone (ZEA), T-2 and HS-2 mycotoxins, has its own environmental requirements.

Each mycotoxin is the ‘signature’ chemical and ‘calling card’ left by a specific fungus or group of related fungi. Many of these highly versatile microbes ‘start life’ as disease causing pathogens on cereal crops and subsequently extend into grain spoilage and mycotoxin contamination at any stage along the supply chain from on-farm storage to bags of finished animal feed.

Mycotoxins in the field

Field factors including fungicide treatment (by seed dressings or foliar sprays), fertiliser treatments and irrigation regimes, as well as the inherent disease resistance of the maize or wheat variety grown, will play a part in the nature and magnitude of mycotoxin contamination. And watching over all this cereal agronomy is the weather as a ‘wild card’. The majority of cereal pathogens, and certainly Fusarium spp such as Fusarium graminearum responsible for wheat head blight and stalk and ear rot in corn, respond favourably to cool, cloudy, moist and humid conditions

Other fungal moulds prefer it hot and dry. Classic cases are the aflatoxin-producing Aspergillus fungi and mainly A. flavus and A. parasiticus.  Aspergillus are predominantly storage fungi and do not generally contaminate cereal grain prior to harvest. However, incidence of drought stress and insect infestation and damage, and typically high for hot and dry growing conditions, may allow infection of standing cereal crops by Aspergillus fungi, and therefore the production of aflatoxin, prior to harvest.

Mycotoxin first appears on the panicles of standing cereal crops but cleaned grain arriving at the farm silo or loaded onto trucks for off-farm shipment is the first opportunity to test for what and how much mycotoxin is there. Getting a measure of mycotoxins from now on is matter of what to test for, at what stage and how often.

Farmers and traders generally know the range of mycotoxins they need to test for in relation to the type of cereal and where it is grown. However, the appearance of one mycotoxin can often act as a ‘marker’ for others because both are produced by closely-related moulds enjoying similar field conditions for infection and mycotoxin production which means, for example, that DON and ZEA frequently occur together. These two mycotoxins are commonly produced by Fusarium graminearum and also by a number of other closely related Fusarium fungi which infect a range of cereal crops.

Proper grain cleaning to remove all crop debris and especially the glumes (integuments surrounding small grain cereals like wheat) go a long way in preventing mycotoxins and fungal moulds from entering the post-harvest and grain processing stages.  The extents to which mycotoxin-producing moulds become active in store, and to contaminate feed grain and subsequently finished animal feed, will depend on the grain moisture content and the conditions of storage.

Twelve per cent grain moisture is generally given as the figure below which fungal mould activity ceases, but the situation is more complex than that. Moisture level within the grain and in the surrounding air is dependent on temperature because warmer air has a greater water-holding capacity

Moisture inside the kernels of stored grain establishes an equilibrium level (balance) with the air outside and the resulting relative humidity (R.H.) may be sufficiently high to encourage growth of deteriorative organisms including mycotoxin-making fungi.  Bacteria, fungal moulds (including mycotoxin producers) and mites require a minimum R.H. of 90 per cent, 70 per cent and 60 per cent, respectively. Insects depending on species need an R.H. level of between 30 to 50 per cent.

Grain storage specialists will utilise this information to relate equilibrium moisture content of grain and the R.H. of the surrounding air for a range of stored cereals. Grain moisture content in equilibrium with a R.H. of 70 per cent is the figure beyond which the stored cereal grain becomes at risk of microbial damage and therefore mycotoxin contamination. In practical terms this means grain scheduled for storage at 25°C should be dried to and maintained at that maximum moisture level. Equilibrium grain moisture contents and corresponding R.H. levels are re-calculated for higher or lower storage temperatures.

Getting the measure of mycotoxins

Hazard Analysis Critical Control Point (HACCP) has been researched and developed so that farmers, grain managers and feedmill owners know exactly when and where to test along the supply chain. Experienced operators are aware of the inherently high risk points where testing is advised. This may be grain loads coming in from different parts of the farm and having experienced different growing conditions including soil moisture and irrigation levels. Mycotoxin testing will alert the farmer to any real-time mycotoxin problems and provide important farm and crop data for use in later years.

Routine testing of grain loads from different sources for mixing in silos or during feed manufacture is clearly a priority for managers of central grain depots and feedmills. Any point along the supply chain where grain and other debris can accumulate, whether in conveyors at the grain store or feed mixers and bins in the feedmill, are high risk points for fungal growth and mycotoxin accumulation.

Mycotoxins are not randomly or uniformly distributed throughout static grain or feed loads but tend to occur in so called ‘hot spots’ corresponding to damp spots and pockets of mechanically damaged or insect-infested grain that encourage mould growth. Sampling a moving stream of grain, feed ingredient or finished product reduces any selection bias associated with sampling and testing a static load.  Static grain loads should be probed many times and all over, with sub samples bulked to produce a more representative gross sample for testing.

Speed and sensitivity of testing have become the twin main thrusts of mycotoxin testing over the last two decades, including actual time taken to obtain an accurate and actionable reading and result. If a test result can be achieved on site within minutes then ‘rogue loads’ can be dealt with promptly and isolated without contaminating the main bulk of grain, feed ingredient or finished feed.

When samples were always taken back to laboratories for testing no prompt action was possible for suspicious loads with visible mould or a musty smell without holding up operations. This need to know on-site and on-time led to the rapid development of portable on-site testing equipment to identify and quantify key mycotoxin hazards at critical control points right along the feed and grain supply chain.

Current passion within the industry is to drive down testing times to several minutes. But even more important is the overall on-site picture to allow prompt testing by non-scientists, on the spot and anywhere along the supply chain, to secure prompt accurate and repeatable results over the sensitivity range required. Whether the actual testing time is three or five minutes is secondary. 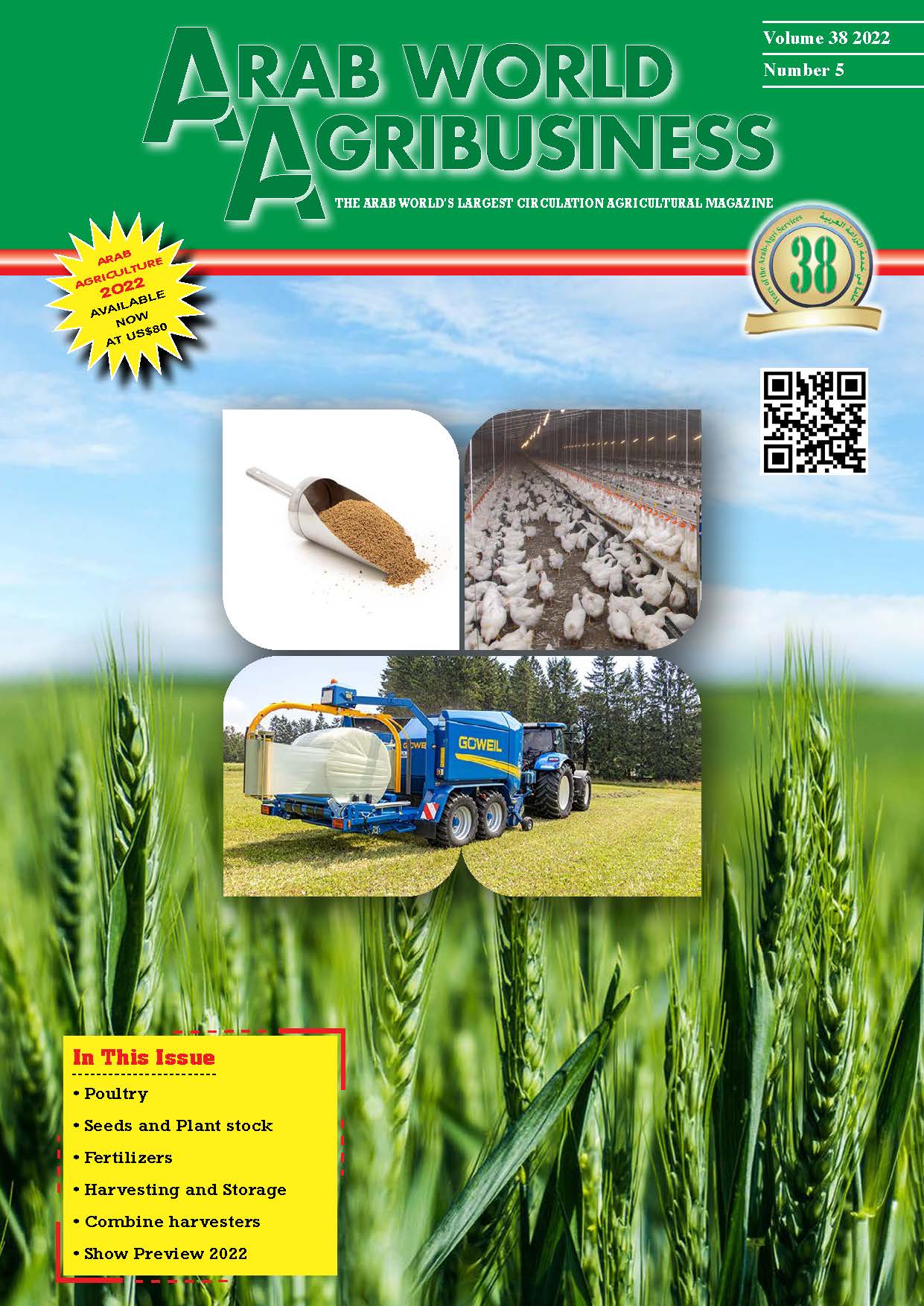